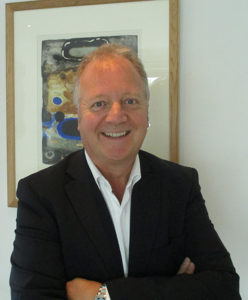 The Board of the AVA has announced that David Llewellyn is to be the new chief executive of the Automatic Vending Association (AVA). David will take over from the current CEO Jonathan Hart who leaves the organisation on April 6.

David Llewellyn to set to be the new AVA chief executive

Over the last few months, the Board has been gathering the views of its members about the direction and aims of the AVA to help formulate a coherent strategy. Some changes have already been signalled: the upgrading of the regional meetings into events hosted by members around the UK; the announcement of an AVEX-style celebration of 90 years of the AVA in 2019; and the freezing of members’ subscriptions for 2018.

David will be leaving his current role as sales director Europe for Seaga Manufacturing during March and will be stepping down from his role as chair of the AVA. He will be working alongside Jonathan until his departure to ensure a smooth handover.

David brings a wealth of vending and business knowledge to the role having been involved in the vending business for over 23 years. He has been involved in all aspects of vending: as a supplier of ingredients and equipment with Nestlé & MultiSnack; as a national operator through his own company; and also, since 2010, as a vending equipment supplier through Seaga Manufacturing.

This decision has coincided with the announcement that the Clare Foundation is planning to sell the Saunderton Estate in Buckinghamshire, where the AVA offices are based which will unfortunately have an effect on some AVA staff. The site looks set to be developed into housing by the new owners, which means the AVA has had to look for new premises. This has given the AVA an opportunity to re-locate to an area with a readily available workforce, easy transport links and availability of low cost office space. As a result, the AVA office will move to Leeds later in the year.

David commented: “I’d like to thank Jonathan Hart for his sterling work at the AVA during some very challenging circumstances and I am looking forward to working with him to create a seamless handover. In taking on this role, it is a great opportunity for me to get more deeply involved with the AVA and its members. It is a time of change – as change is needed – to advance the cause of vending in the UK and the interests of its members. It is an exciting and exhilarating prospect, with a chance to engage with AVA members whilst driving the relevance of the AVA ‘badge’ with end users and specifiers.”

Graham Kingaby, deputy chair of the AVA commented: “Change always creates challenges and opportunities, but I know I speak on behalf of the AVA Board in welcoming David’s appointment and in offering our full support as he builds on Jonathan’s work and helps prepare the AVA for a successful future.”