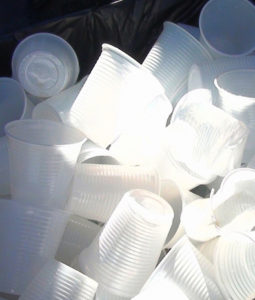 The UK government has called for views on the introduction of new plastic packaging taxes and more stringent rules for packaging producers, in a move towards a more circular economy.

The 12-week consultation process is building towards a scenario where the costs of recycling will be borne by producers of packaging waste who currently pay around 10 per cent of the cost of dealing with the waste.

The government wants packaging producers to make significant steps towards using less packaging and to switch to using packaging that is easier to recycle.

In October the government announced that it was considering introducing a new tax by April 2022 on the production and import of plastic packaging which contains less than 30 per cent recycled content.

Now it wants views on how the tax will work, what packaging will be subject to the tax, how to assess recycled content and which businesses will be liable.

Environment secretary Michael Gove said: “We are committed to going further and faster to reduce, reuse, recycle and cut waste. That’s why we are leading the way to move away from being a ‘throw-away’ society and drive up domestic recycling.

“Through our plans, we will introduce a world-leading tax to boost recycled content in plastic packaging, make producers foot the bill for handling their packaging waste, and end the confusion over household recycling.

“We are committed to cementing our place as a world leader in resource efficiency, so we can be the first generation to leave our environment in a better state than we inherited it.”

The government has also announced plans to introduce a deposit return scheme to tackle plastic waste similar to schemes run in countries such as Denmark, Finland, Germany, Norway, the Netherlands and Sweden.

Views are being sought on two proposals, firstly the all-in model, aimed at a wide range of beverages while the second would be the on-th-go model targeting drinks sold for consumption outside the home.

The British Soft Drinks Association is supporting the deposit return scheme. Gavin Partington, Director-General, said: “BSDA supports the introduction of a GB-side full DRS for all plastic and can beverage containers as our assessment suggests this is the best way to increase recycling levels and tackle litter.”