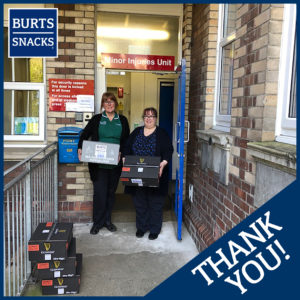 Burts Snacks, one of the UK’s independent snack producers, is supporting local key workers across the South West. The Plymouth and Leicester based business has committed to sending regular snack packs to local hospitals, police stations, food banks and council offices.

After the government announced a definitive list of key workers this week, Burts has begun to supply those that are on the frontline with a selection of its potato chips and Lentil Waves to show its support for their continued efforts in the fight against Covid-19. 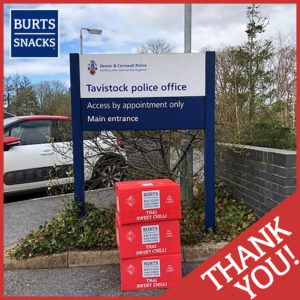 David Nairn at Burts Snacks, commented: “As a longstanding member of the local community, we’re immensely proud of our South West heritage, therefore we only feel it right to support those around us in their time of need.

“We’re all in awe of the effort and commitment key workers are showing during this challenging time and as a producer of snack products, we feel it’s our duty to give what we can to help in the effort against Covid-19.”