The AVA’s south east regional meeting was held this week at Scobie McIntosh in Surrey at which the critical issue of cup recycling was raised once again. 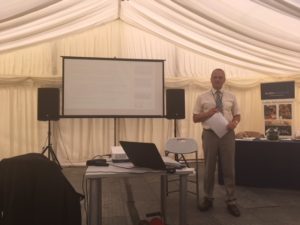 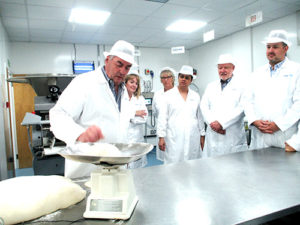 The event, attended by operators, suppliers and interested parties, saw guests take part in a bakery demonstration and a tour of the company’s newly opened Client and Customer Demonstration area and Equipment showroom.

Following the AGM, Adrian Pratt, vice chairman of the Paper Cup Recovery and Recycling Group (PCRRG) and chair of the AVA Cup Committee, called on operators to get behind a drive to recycle used cups urging them to take the first step by talking to their waste management companies about their options.

He gave an update on hot topics in the industry including the impact of the potential ‘latte levy’ being reintroduced and UK recycling capabilities becoming more accessible.

He also addressed the issue of compostable packaging warning that recycled cups have a better environmental performance compared with composting.

During the AGM David Llewellyn, AVA chief executive, touched on the election of new AVA board members and the importance of lobbying for the industry.