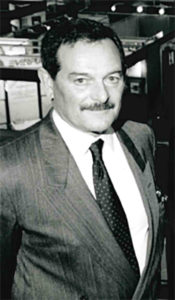 Former proprietor of Vending International and an business stalwart, Neil Hird, has died on the age of 86 following an extended sickness.

Neil Hird has died on the age of 86

Mr Hird was once the second one proprietor of Vending International after he bought the mag from Ray Pearl who based the business name in 1967.

Long-time pal and previous affiliate Phil Reynolds stated: “He was a gentleman of the old school who was very well liked in the industry. He was a stalwart in vending and will be sorely missed.”

Mr Hird, whose experience was once in publishing, endured to paintings within the box each inside of merchandising and on business titles as numerous as The World of Embroidery.