G20 nations have ‘room for improvement’ on food sustainability 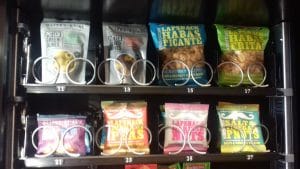 G20 countries must lead by example ahead of the UN Food Systems Summit in September by further reducing food loss and waste, and improving diets and agriculture, according to the authors of the Food Sustainability Index (FSI).

The FSI, developed by The Economist Intelligence Unit (EIU) with the Barilla Center for Food and Nutrition (BCFN), found “room for improvement” across most nations, with only Canada and Japan in the top quartile for all three pillars.

Other top performers include Australia, France, Italy and the UK, while the US was among the worst performers for excessive meat consumption and land conversion for agriculture.

Indonesia and Saudi Arabia were the worst-performing countries across all metrics.

“G20 members generate 80 per cent of the world’s economic output and 75 per cent of global greenhouse gas emissions, giving these countries both the opportunity and responsibility to lead the way on food sustainability,” said Martin Koehring, regional lead (EMEA) for sustainability, climate change and natural resources at the EIU.

The FSI revealed progress on reducing the 931 million tonnes of food wasted globally every year, but none of the countries had published plans to account for losses or monitor reduction strategies.

The authors also highlighted diets in the US, where the average consumer eats almost 250g more meat per day than recommended.

The report cited evidence that compliance with governments’ dietary guidelines would reduce premature deaths by 15 per cent and emissions by 13 per cent, highlighting the UK’s “Five a Day” campaign for increasing consumption of fruits and vegetables by 10 per cent.

According to the FSI, all G20 countries had dietary guidelines but only four included sustainability as a metric of a healthy diet. Although 13 countries had stringent new climate action targets, only Indonesia and Canada factored in the agricultural sector in their national plans.

“We know that sustainable food systems are an integral component of sustainable development pathways envisaged by the 2030 Agenda of the UN. Leadership from the G20 can drive the transformational change needed across food systems to deliver all of our global goals from reducing hunger and poverty to tackling climate change,” said Dr Marta Antonelli, head of research at BCFN.