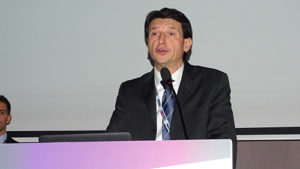 Members voted on the name change at the EVA’s AGM held in Rome on November 22.

The acronym ‘EVA’ as well as the association’s star logo will remain the same as they are considered to be highly recognisable by both key stakeholders and institutions in Brussels and further afield.

The name change is designed to give acknowledgement to those players who now make up the majority of the industry with hot drinks and coffee machines making up 62% of the European market, and up to 90% of the market in certain European countries.

EVA members also elected Paolo Ghidotti (N&W Global Vending) as the new EVA President as well as members of the new executive committee for the period 2017-2019.