Start of ban on plastic straws and stirrers 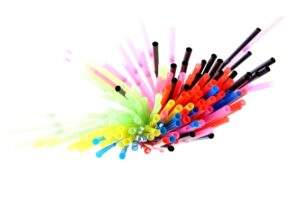 The ban on supplying plastic straws and stirrers and plastic-stemmed cotton buds has come into force in England, marking yet another major step in the Government’s fight against single-use plastic waste to protect our environment and clean up our oceans.

Image by Bilderjet from Pixabay

Just one month after ministers confirmed the single-use plastic bag charge would be increased to 10p and extended to all retailers, commencement of the ban will further ensure the country builds back greener.

It is estimated we use 4.7 billion plastic straws, 316 million plastic stirrers, and 1.8 billion plastic-stemmed cotton buds in England every year, many of which find their way into our ocean. By banning the supply of these items, it is believed we can further protect our marine wildlife and move one step closer to our ambition of eliminating all avoidable plastic waste, as set out in our 25 Year Environment Plan.

Environment Secretary George Eustice said: “Single-use plastics cause real devastation to the environment and this government is firmly committed to tackling this issue head on.

“We are already a world-leader in this global effort. Our 5p charge on single-use plastic bags has successfully cut sales by 95% in the main supermarkets, we have banned microbeads, and we are building plans for a deposit return scheme to drive up the recycling of single-use drinks containers.

“The ban on straws, stirrers and cotton buds is just the next step in our battle against plastic pollution and our pledge to protect our ocean and the environment for future generations.”

While making this important step to help the environment, disabled people and those with medical conditions will also be protected, and will be able to request a plastic straw when visiting a pub or restaurant and purchase them from pharmacies.

It is estimated that between 4.8 and 12.7 million tonnes of plastic enter the ocean globally every year, which has produced many scenes of marine wildlife being injured or killed by plastic waste. The UK is said to be leading on a wide programme of overseas engagements, including through the Commonwealth Clean Ocean Alliance and the Commonwealth Litter Programme, aiming to prevent plastic waste from reaching the ocean in the first place.

The government is also committed to launching a £500 million Blue Planet Fund to protect the ocean from plastic pollution, warming sea temperatures and overfishing.

Other key government actions on plastics include a ban on microbeads, consulting on introducing a deposit return scheme to drive up the recycling of single-use drinks containers, and committing to a ban on the export of polluting plastic waste to non-OECD countries. As announced recently, the 5p charge on single-use bags will be doubled to 10p and extended to all retailers from April 2021.

The government will also introduce a new tax on plastic packaging which does not meet a minimum threshold of at least 30% recycled content from April 2022 to encourage greater use of recycled plastic.