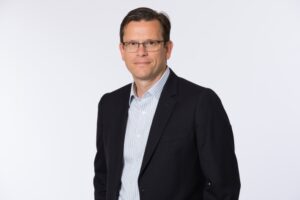 Paul Graham, GB managing director at Britvic, has been appointed as the brand new President of the British Soft Drinks Association (BSDA) industry frame following election at its AGM.

Mr Graham takes over from Nichols leader government Dr Marnie Millard OBE, who led quite a lot of projects all through her time as President, together with the BSDA’s function as a founder-member of Circularity Scotland, a scheme administrator for Scotland’s deposit go back scheme (DRS).

Mr Graham joined Britvic in September 2012 having labored in a spread of business roles throughout all industry channels for United Biscuits and Mars Confectionery. He used to be promoted to his present place in July 2013 and used to be appointed Vice President of the BSDA in 2020.

He mentioned: “I’m overjoyed to be elected as the brand new BSDA President. I goal to proceed the exceptional paintings of Marnie and previous presidents on making additional vital development on quite a lot of cushy drinks-related problems, no longer least serving to our companions within the hospitality sector get again on their ft after a particularly difficult yr.

“As a founder-member of Circularity Scotland, the BSDA continues to work closely with the Scottish Government to develop its DRS, which is currently due to be introduced in 2022, although we are eager to see the Scottish Government review this date to help ensure delivery of a well-designed DRS system in Scotland that works for consumers and businesses.”

William Watkins, founder and proprietor at Radnor Hills, has been elected to switch Mr Graham as Vice President of the BSDA. Mr Watkins based Radnor Hills in 1991 on his circle of relatives farm in response to the Welsh borders. The industry now produces greater than 350 million merchandise in keeping with yr.