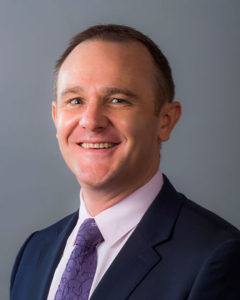 Mondelēz International has introduced the appointment of Clive Jones as president, Northern Europe. Clive shall be chargeable for Mondelēz International’s companies in the United Kingdom, Ireland, Norway, Sweden, Finland and Denmark, the place Mondelēz manufactures and sells manufacturers together with Cadbury, Oreo, Maynards Bassetts, Ritz, belVita, Freia and Maribou.

Clive joined Mondelēz International in 2017 as president, gum, sweet, drinks and foods, Asia Pacific Middle East and Africa (AMEA) and all over the previous 12 months has pushed each marketplace proportion and enlargement throughout 15 other markets.

He brings to the position greater than twenty years of selling, emblem innovation and normal control revel in and previous to becoming a member of Mondelēz International, spent 16 years at PepsiCo, latterly as vice chairman Snacks for Asia Pacific.

Clive replaces Glenn Caton who takes on a brand new position throughout the trade as president Chocolate, AMEA.

Clive commented: “I’m excited and privileged to find a way to steer considered one of Northern Europe’s biggest, and maximum admired meals firms, which is house to one of the vital maximum liked and iconic manufacturers on the earth together with Cadbury.

“This business has delivered strong, profitable, growth in recent years, investing in our brands, colleagues, and operations while responding to changing consumer expectations and a dynamic policy environment. I’m looking forward to building on this success, unlocking further sales growth and ensuring Mondelez is a great place to work and is making a positive impact on the communities we work in.”