‘Water cooler moments’ boost productivity for over an hour 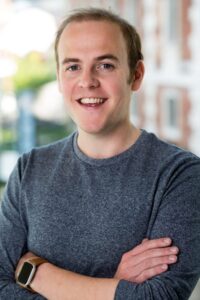 As organisations begin to test different hybrid working styles, new data from Chargifi reveals that spontaneous office interactions between co-workers can boost individual wellbeing and productivity for over an hour.

The hybrid workplace specialist found almost half (45%) of employees report feeling happier after such encounters, and around a third say they feel more motivated, creative and productive.

What’s more, almost half (48%) of respondents said these positive effects lasted at least 30 minutes afterwards, with a fifth (21%) indicating that they remained for longer than an hour.

Dan Bladen, co-founder and chief executive at Chargifi explained: “Apple’s recent three-day-a-week office request is a great example of how leading organisations have recognised the critical need to better balance in-person and virtual interactions. Our research shows the impact of unexpected connections on productivity and creativity, every day.

“New hybrid working models should help employees achieve the right balance and weighting between home and office working. Done right, hybrid maintains the productivity and flexibility benefits of remote, while blending the creativity and wellbeing boost gained from in-person connections. Many organisations are starting to miss the benefits previously gained from these interactions, and now see it’s potential to deliver a competitive advantage in today’s landscape.”

The combined study of UK and US office workers also revealed that ‘water cooler moments’ were one of the most noted benefits of office work for over half (55%) of respondents.

Bladen continues: “We’re relational creatures, wired for connection and that’s where the magic happens. Ideas form faster, decisions are made quicker. Now there’s every reason for companies to offer ways to combine all the great things about remote and in person working. This is as much about workspace design, as it is about understanding the context of booking spaces, for example, when individuals and groups will be in the office, or at home, and how and when they can best connect.”

Chargifi Wx is the operating system for hybrid working, and enables teams and individuals to optimise face-to-face collaboration and productivity in hybrid working by removing the friction  of coordinating people, time and spaces.

Individual employees and teams can use it to reserve particular office workspaces like desks and rooms to easily coordinate with colleagues at home or elsewhere to truly bake-in the magic of human connection.