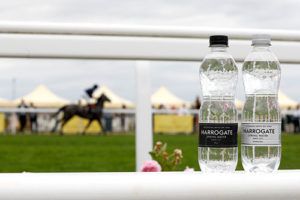 Harrogate Water has introduced a five-year partnership with Ascot as Official Water Supplier to run from 2018 to 2022.

The announcement, within the run as much as Royal Ascot extends the a success three-year sponsorship deal signed in 2015.

Harrogate Water emblem supervisor Nicky Cain stated: “The five-year extension speaks volumes in regards to the good fortune of the partnership and some great benefits of being related to one of the crucial global’s greatest and most famed social and carrying venues.

“Ascot race days are across the world celebrated occasions, quintessentially British and synonymous with class and magnificence; the sponsorship is an ideal have compatibility for each manufacturers.

Harrogate Water and Ascot also are operating in combination on a sustainability undertaking to support recycling around the website.  The undertaking builds at the Incredible Shrinking Bottle ‘Twist it. Cap it. Recycle it.’ marketing campaign introduced through Harrogate Water and Keep Britain Tidy. It will come with better body of workers consciousness and stepped forward recycling techniques to be rolled out around the property. All Harrogate Water packaging is 100 according to cent recyclable and its PET plastic bottles comprise 51 according to cent UK post-consumer recycled plastic (rPET).